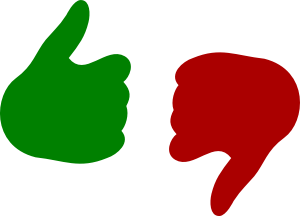 Good in-depth research often involves using information found on the internet.  When using web resources provided by or recommended by your teacher or librarian, you can feel confident that you have credible sources.  When you independently find resources on the internet, it may not be so clear if you are looking at a credible source.  Click HERE for a few tips to help you evaluate websites.